We will match any written competitor price

Caruso’s Natural Health has won several industry awards including the Complimentary Medicines Australia award for the Most Outstanding Marketing Campaign 2019, Most Outstanding Education and Training award 2015 and again in 2019, while in 2016, Frank Caruso was presented with the industry’s most prestigious award, the “Lady Cilento for Lifetime Achievement”. 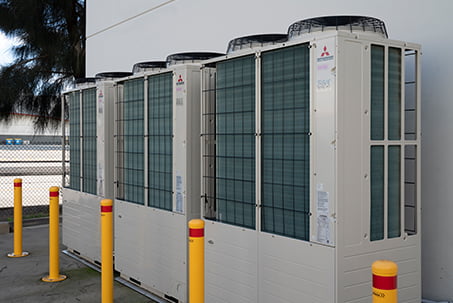 Based in Eastern Creek, in Sydney’s west, Caruso’s Natural Health main facility, currently housing tonnes of stock and acting as a factory, packing and distribution centre, required a reliable cooling solution to ensure that the warehouse, workers and stock were kept at a controlled temperature during the hotter summer months.

Given that vitamins and minerals are often moisture activated and can be easily damaged by excessive temperatures, it was imperative that the 2,600m² warehouse could be kept at a controlled temperature that would not damage any products. The proposed solution would need to be efficient and reliable with the ability to function during Western Sydney’s increasingly hot summers, which can regularly see multiple 45oC days in a row. 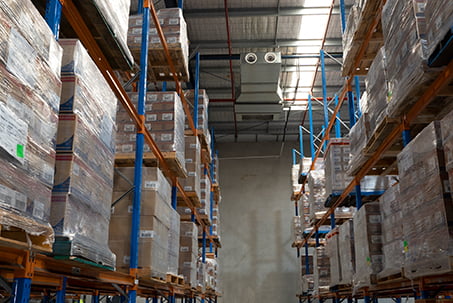 After considering the project’s requirements Globalrez and MHIAA’s technical team agreed that the KXZE1 series of high performance VRF systems would be ideal and would power a number of FDU series ducted fan coils, distributing air around the warehouse.

3 x 56kW KXZE1 two pipe VRF systems will deliver exceptional performance with the systems achieving a high COP of 3.9 in cooling mode and being suited for open plan spaces – making them perfect solution for this project. The KXZE1 systems also have a long total piping length of 1000m, allowing them to easily cover the length necessary for the project. Their wide operation also ensured that they would be able to deliver efficient cooling for the warehouse, even in Sydney’s scorching summers. A total of capacity of 168kW was used for the project.

6 x 28kW FDU series of high-static ducted systems, each capable of delivering 1663l/s airflow, will deliver effective airflow to the entire facility. Being slim profile, they also won’t impede forklifts trying to access stock on the higher shelves. All systems were controlled via MHIAA’s RC-EX3A controller with a Wi-Fi control module added allowing the client to remotely turn the systems on if the temperatures in the factory exceeded the temperature logged. This was ideal to be used on weekends when the facility was vacant.

Globalrez and MHIAA were able to deliver a powerful and reliable air conditioning solution which will allow for improved temperature control of the facility. The ability to now hold stock in higher areas of the warehouse, which were previously too hot to house any product during summer means the client can increase the amount of stock they’re able to hold. 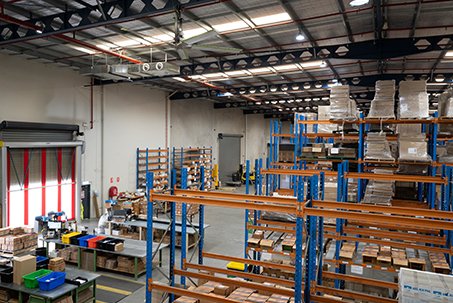 What Size Ducted Air Conditioner Do I Need?

We offer 24/7 Emergency Service to all of our customers. You can always count on AirPro Experts to get to you fast and get the job done right the first time. We use state-of-the-art diagnostic equipment to find the source of your heating and air conditioning problems and fix them fast.

Call us today to arrange a free consultation! Our friendly and knowledgeable customer support team are ready to take your call right now.

Get a Free Quote